Our Clergy at Adat Shalom Synagogue 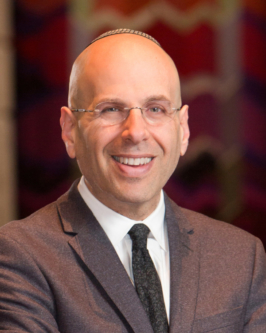 Rabbi Aaron Bergman is a Detroit native and a graduate of the University of Michigan. He was ordained at the Jewish Theological Seminary and pursued additional graduate work in Jewish Folklore at the Hebrew University in Jerusalem. He was part of the educators’ program at the Shalom Hartman Institute.

Rabbi Bergman is the current President of the Michigan Board of Rabbis and represents local rabbis throughout the state in various interfaith initiatives. He recently traveled to Israel with other North American rabbis from Conservative, Reform, Reconstructionist and Modern Orthodox denominations to discuss Israeli-Diaspora relations with Israeli politicians including Prime Minister Benjamin Netanyahu.

Rabbi Bergman served as a rabbi at Congregation Beth Ahm and was Rabbi-in-Residence at Hillel Day School. He was the founding Director of Jewish Studies at the Frankel Jewish Academy and has been an instructor in the Melton Adult Education program.

Rabbi Bergman and his wife Ruth, the Director of Education at the Holocaust Memorial Center Zekelman Family Campus, are proud parents of Rina and her husband Peter, Shira, Ariel and Rikki. 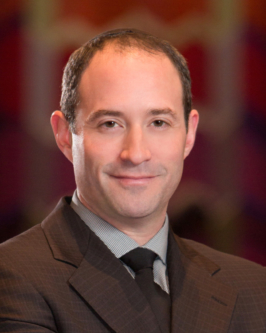 Hazzan Daniel Gross was born in Boston and raised in St. Louis. He received his cantorial investiture from the Jewish Theological Seminary in 2009 and soon after became the cantor of Adat Shalom Synagogue. He quickly established himself as a dynamic presence in the Synagogue, the Detroit Jewish community and in the American cantorate.

As a Shaliach Tzibbur (prayer leader), Hazzan Gross creates an atmosphere for Adat Shalom’s services that is engaging and participatory, melding traditional and contemporary congregational melodies, glimpses of hazzanut and original melodies. As an educator, Hazzan Gross is very active in the Adat Shalom Beth Achim Learning Community, leading the school in prayer and teaching our students Jewish prayer and music. He oversees the congregational B’nai Mitzvah program and provides adults of all ages educational opportunities throughout the year. Passionate about pastoral care, Hazzan Gross is a regular presence in our congregants’ lives through bikkur cholim visits. He is also instrumental in bringing quality concert programming to Adat Shalom.

Hazzan Gross received a B.A. in music and pre-medical studies from the University of Pennsylvania, a Master of Music degree from Manhattan School of Music, and an Artist Diploma from The Juilliard School where he was a member of the prestigious Juilliard Opera Center.

During his career as an opera singer, Hazzan Gross was in high demand for his powerful lyric baritone voice. He performed nationwide with premier orchestras, chamber music organizations, and opera companies. Hazzan Gross is an avid recitalist and has concertized in numerous settings throughout the country.

Hazzan Gross is an accomplished composer and has written numerous prayer, song and choral settings. His cantata, I Believe – A Shoah Requiem, had its world premiere at Detroit’s acclaimed Orchestra Hall in April 2013. I Believe is unique in that it is the first complete musical liturgy dedicated to Yom HaShoah.

Hazzan Gross is a passionate proponent of interfaith programming and is involved in numerous interfaith initiatives throughout the Detroit area, serving on the Executive Committee of the Coalition for Black and Jewish Unity. He is active in the Michigan Board of Cantors and serves on the Executive Council of the Cantors Assembly. 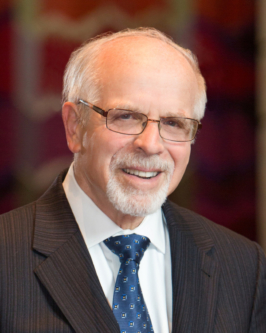 Rabbi Herbert Yoskowitz came to the Metropolitan Detroit area in 1994 and served as Rabbi of Beth Achim until 1998. In 1998 he served as a Rabbi of Adat Shalom, becoming Rabbi Emeritus in January 2018. Rabbi Yoskowitz received an Honorary Doctor of Divinity Degree, a master’s degree in Hebrew Literature, and Rabbinic Ordination from The Jewish Theological Seminary of America. At the University of Florida Graduate School, he received a United States Public Health Fellowship and a Master of Arts Degree in Clinical Psychology.  Through the Bush Foundation Leadership Program, he was appointed a Visiting Fellow at The University of Minnesota Bioethics Center. The author of numerous articles and book reviews, Rabbi Yoskowitz has served on the editorial board of Conservative Judaism Magazine and in the National UJA Rabbinic Cabinet. He and his wife, Rachel, are the parents of Marc &  Mimi, Jeremy & Lisa, and Lisa & Michael, and are the proud grandparents of Caleb, Jordyn, Noa, Benjamin, David, Jonah and Maddie.